As soon as Halloween hits at my house my wife makes sure cinnamon is in the air, if it isn’t cinnamon scented brooms from our local grocery store it’s cinnamon scented pine cones (usually both), or cinnamon candles. The scent of cinnamon has always gone hand and hand with fall and by now the summer heat has hopefully let up where you are and its time for the festivities to begin. Here is a great recipe for cinnamon whipped cream. 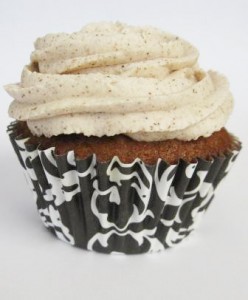 This recipes goes great with pumpkin pie coffee, or any type of desserts. Also it’s delicious and a great topping for butternut squash soup, and some fried shallots.