Yesterday there was that very disturbingly gross picture floating around the internet like wildfire, and a major news magazine site picked it up to better explain that the photo is  –  “Mechanically separated poultry” –  Viva la Chicken McNuggets! Pretty tasty huh? 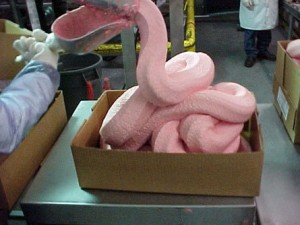 Not only will I never eat a chicken nugget again, I’m pretty sure any chance of wanting strawberry soft serve ice cream in the near future is out of the playing field as well.

But it got me thinking also of other foods we eat without thinking about where or how it was made, food’s we consume  stuffed and packed with chemicals.  So what does this have to do with whipped cream? Simple, what kind of whipped cream are you choosing to consume? If you need any more evidence to why we should be saying goodbye to fake food, take a look at this experiement.

Jonathan fields did a Cool-Whip experiment. Put cool whip in a bowl for 12 days…look at the results – http://www.jonathanfields.com/blog/horrifying-12-day-cool-whip-experiment/ – I think it’s fair to say that it’s time to switch to the real thing. Not a whip cream, that 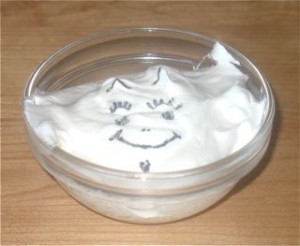 you can literally write on less then 2 weeks later. I think the evidence here is stronger then the argument.

Try a a whip cream dispenser using real ingredients and pharmaceutical grade N2O –   gastronomic pleasures. You won’t be able to write on it less then 2 weeks later. In fact, chances are, it will still be fresh.