Soda Siphons are an “Active Green” product, meaning that consumers  are actively reducing their CO2 footprint every 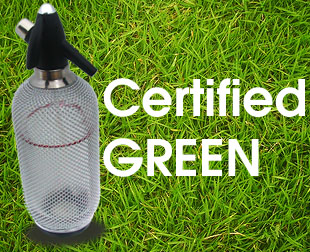 time they make soda  or sparkling water at home instead of buying it from the store. The more the system is used on a daily basis, the more CO2 footprint the user actively saves.

Because soda siphons use water straight from the tap, it  makes traditional store bought beverage bottles obsolete. That means less plastic manufactured, less plastic waste is created, and fewer bottled beverages must be transported from manufacturers to distributors to stores to homes. Globally, 206 billion liters of bottled water were consumed in 2008 (Zenith International Global Bottled Water Report, 2008). The energy required to make water bottles in the US only, is equivalent to 17 million barrels of oil (Container Recycling Institute, 2002).

According to the US Recycling Institute, more than 80% of bottles in the US do not get recycled and end up in landfills. 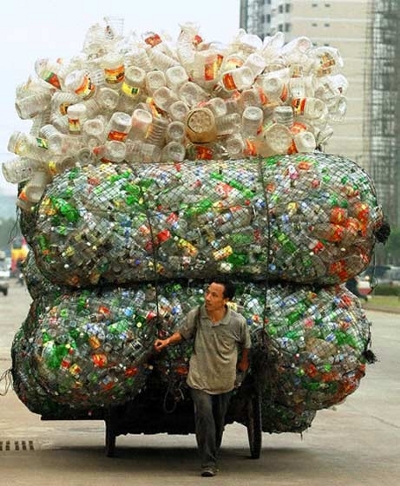 Also, an estimated 4.7 million tons of greenhouse gas emissions were produced in the process of replacing the 134 billion bottles and cans not recycled in 2005.

Water bottles play a huge role in American culture, but they shouldn’t. We have the opportunity to offset the environmental damage numbers such as these bring. Unlike the tragedy in the gulf, we can do something about this! Soda siphons are a great solution and the flavors are endless! with an endless amount of syrups, your mixture is your own.